Back in January, the news that Adam&Eve/DDB removed and replaced the word Digital from their agency and job titles sparked much discussion about the convergence of Digital Marketing and Traditional Marketing.  There was even talk that the ‘Digital’ Label has become anachronistic.

These days there are a whopping 2.31 billion active social media users, a more than impressive 1.75 billion people worldwide own a smartphone, 25% of all UK shoppers use mobile for grocery shopping. Not surprisingly mobile commerce is set to increase by 68% this year and retailers too are claiming that they have seen an average growth of 80% due to online presence and services. Clearly then, it would seem that we are firmly established in a fully integrated digital society.

Digital is in the very fibre of everything we do as professionals and as consumers. Consequently, digital marketing is no longer a subset of marketing communications. Instead, it seeps into every aspect of the industry. Alex Hesz, head of Digital – or now as we should supposedly be saying interaction – at Adam&Eve/DDB, defines digital as ‘all that is connected to the web’. Accordingly, is digital not omnipresent? Like electricity, it is deeply embedded in our lives and as such it seldom needs direct acknowledgement. This said, many in the marketing realm argue that the term “digital” has passed its sell-by date.

Is The Digital in Digital Marketing becoming Redundant?

When you look around today, digital is everywhere. If you were to go searching for an archimedean point where digital marketing ends and traditional modes begin, you will be very disappointed; there is no such clear vantage point. As a result, and unsurprisingly, consumers no longer differentiate between digital and traditional marketing channels. And why should they, since the two have become so interlaced and obscured. This being the case, why then should we, being those who put that content out there, differentiate. Surely we want to align our thought processes with consumer engagement processes.

Marketers looking in a removed and completely digital mindset will find themselves falling short. For instance, If you walk around with a hammer you are only going to be looking for nails. But, if you pick up the whole toolbox, the result will be a much more sound and rounded end product. In the same way, as digital marketing seeps into all marketing, to specify digital marketing as a completely separate silo is counterintuitive. An omnichannel approach is very much needed.

All this being said, video has not yet killed the radio star as the Business Insider (and co.) would have you believe. Overall global TV and radio audiences increased between 2004 and 2015, and still a mammoth 85% of people globally prefer ‘live’ TV viewing to more digitalised catch up services. In addition, only 0.2% of UK adults choose to watch TV on online catch-up services alone. Furthermore, TV and Radio’s reach both exceed those on more directly digital channels, such as Social Media, and by quite a considerable amount.

When analysing consumer trust the same result appears; people have more confidence in messages conveyed on more traditional and familiar platforms. For instance, 46% of people trust what they read on Social Media, 54% what they hear on the Radio, and a triumphant 63% trust what they read, hear and see on TV.  You only have to look at advertising around the Super Bowl, arguably the biggest day in the year for marketing, and the enormous emphasis that this places on traditional TV advertising, to witness that traditional marketing still does triumph.

Consequently, It is important to note that digital marketing is not necessarily synonymous with successful marketing.

But when digital marketing and traditional marketing medias collide and work alongside each other things can get interesting. With this amalgamation comes the transfer of familiarity and trust people have with traditional methods onto other rapidly growing digital platforms.

This confidence in newer channels is allowing the two to seamlessly work together in delivering clear and engaging messages. An obvious example of digital and traditional convening is digital billboards. As it stands, out-of-home or outdoor advertising (OOH), the oldest trick in the book, remains a noticeably non-digitalised media with only 25% of OOH campaigns being digital. By 2017 this, it has been predicted, will still be under half at only 40%. Nevertheless, those few digital examples have been truly impactful: 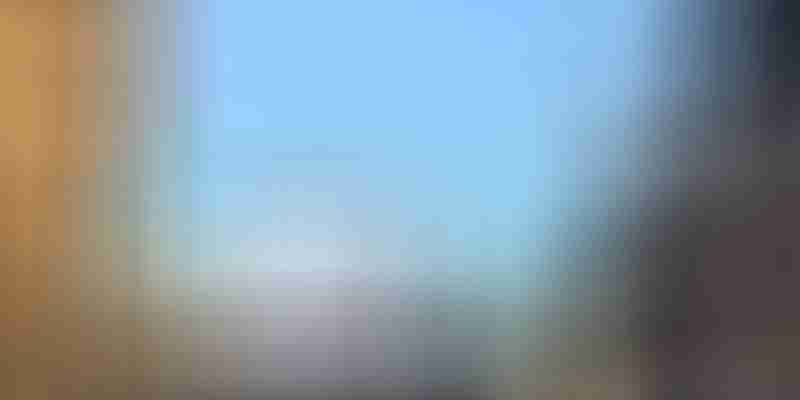 The British Airways ‘Magic of Flying’/#LookUp campaign took the oldest mode of advertisement, the billboard, and flew it – in real time – straight into the 21st century through the utilisation of live flight tracking technology. Digital billboards were placed in the busiest locations in London including Piccadilly Circus and were programmed to show a boy standing up and pointing in utter delight at British Airways flights as they actually flew over the ad. This campaign aimed to highlight the breadth and scope of destinations offered by BA and did so through the billboard identifying each plane’s flight number and place of origin or destination as it flew above passers-by.

BA engaged with their audiences ultimately through a multi-sensory and multi-emotive experience. This was a wonderfully creative mixed-media campaign combining digital and traditional flawlessly as well as  playing around with virtual and reality in a charming and enticing way. BA took a traditional method of conveying a message and added a touch of fun and magic to it through childlike wonder and some clever digital marketing technologies.  Mobilising the #LookUp hashtag too created an online buzz taking the campaign viral, whilst cleverly ensuring that BA’s flights remained at the heart of the action.

To this day, the Piccadilly Circus video of the campaign has had 1,540,370 views revealing the success that strategies can celebrate when they are equipped with complete omnichannel coherence.

Another beautiful example of traditional modes being elevated and completely transformed by digital marketing platforms is Burberry and Mario Testino’s collaborative 24-hour fashion campaign which was shared via Snapchat back in September 2015. This campaign is worth noting not only from a successful campaign point of view but for social media marketers too.

Burberry highlighted just how brilliant social media can be and, in particular, gave the advertising world a glimpse of just how powerful a channel such as Snapchat can be. Many believed that to bring cultural substance to an app that started in the hands of savvy teenagers would prove very difficult. Too often has Snapchat been derided for being the “poor man’s brother to the more luxurious cinematic above the line” options, Burberry and Testino have completely dispelled this myth. Consequently, Snapchat today is regarded as a diverse and effective advertising platform and is now used regularly by many brands.

This campaign was fundamentally so successful due to its utter simplicity. Unveiling their Autumn/Winter collection – which usually would be conveyed first and exclusively via fashion shows, then covered in print and the press – on Snapchat and for only 24 hours  added a sense of urgency and accessibility to the luxury brand; you had to be ‘in it to win it’ as the saying goes. Traditional fashion shows have an exclusive direct reach of hundreds but in this instance, Burberry opened the gates to an audience of millions.

Using Snapchat as the campaign’s primary pulpit was very clever in another sense. Fashion advertising these days is under a lot of scrutinies for too often giving false impressions and for ultimately being ridiculous and nonsensical (which I hear is to be touched upon in the forthcoming Zoolander 2). Snapchat added a sense of rawness to the brand. It was through undeniable authenticity and refreshing honesty that this campaign was given a huge amount of gravitas. These final yet critical attributions that the campaign boasts today would not have been possible if traditional marketing methods were used in isolation – the same applies if digital marketing was used in solitude.

Burberry, understanding that consumers do not necessarily segregate tradition from digitally driven works truly captivated and enamoured their audience. This campaign took Burberry from being an exclusive luxury brand to giving the illusion of accessibility and exigency for all in just 24-hours. This, of course, is not the case and not all can afford Burberry’s items. But for those 24-hours, Burberry was brought into the homes of all, regardless of financial standing. This was extremely clever and cemented brand connections in a way that has not been seen before.

Burberry has pioneered the way and delightfully highlighted how traditional marketing and digital marketing need to fuse and compliment each other if you are to offer one unbroken message to the consumer and prospective customers. It is the acceptance that digital is hugely prevalent, twinned with the recognition that traditional marketing values are still paramount, that truly cements brand awareness and customer relationships. Tradition needs digital amplification to reach a far larger audience and, ultimately, to create mesmerising and enchanting results, as we have seen.

The Consumer Doesn’t Draw A Distinction Between Digital Marketing and Traditional Marketing – So Why Should We?

It is becoming more and more apparent then that “it is not about doing ‘digital marketing,’ rather it is about marketing effectively in a digital world.” Digital marketing channels and Traditional marketing methods are coming together around content and social in an always-on world and the need for the two to work in sync – each discipline constantly informing and buttressing the other – is paramount and has, arguably, always been there.

This need for closer alignment – if not full integration – of previously distinct disciplines is changing the shape and nature of modern marketing to fit with consumer omnichannel habits. Your audience does not process information received from different marketing channels in different ways and so why should we segment our approach when creating. The simple answer is we shouldn’t. For seamless viewing, seamless creation is key.

It is important not to look at traditional and digital in an either/or perspective, instead, a media-neutral approach is needed. It all boils down to your customer and their experience and what your target audience is likely to be most receptive of, both online and offline. Different channels and mediums play different roles for both companies and consumers and so selecting the correct tactics really is vital to the success of any marketing activities. Convergence of Digital marketing and traditional marketing is not just desirable for marketers, it is now obligatory.

We at Rooster offer just that, being a fully integrated marketing agency. We focus on creativity: First we listen, then we create and ultimately, we deliver. It is our open channel approach and full-service offering that sets us apart allowing us to marry traditional value with digital innovation to deliver the most effective campaigns and strategies for our clients.